Be Safe at Sea

The campaign aims to deliver the below messages: 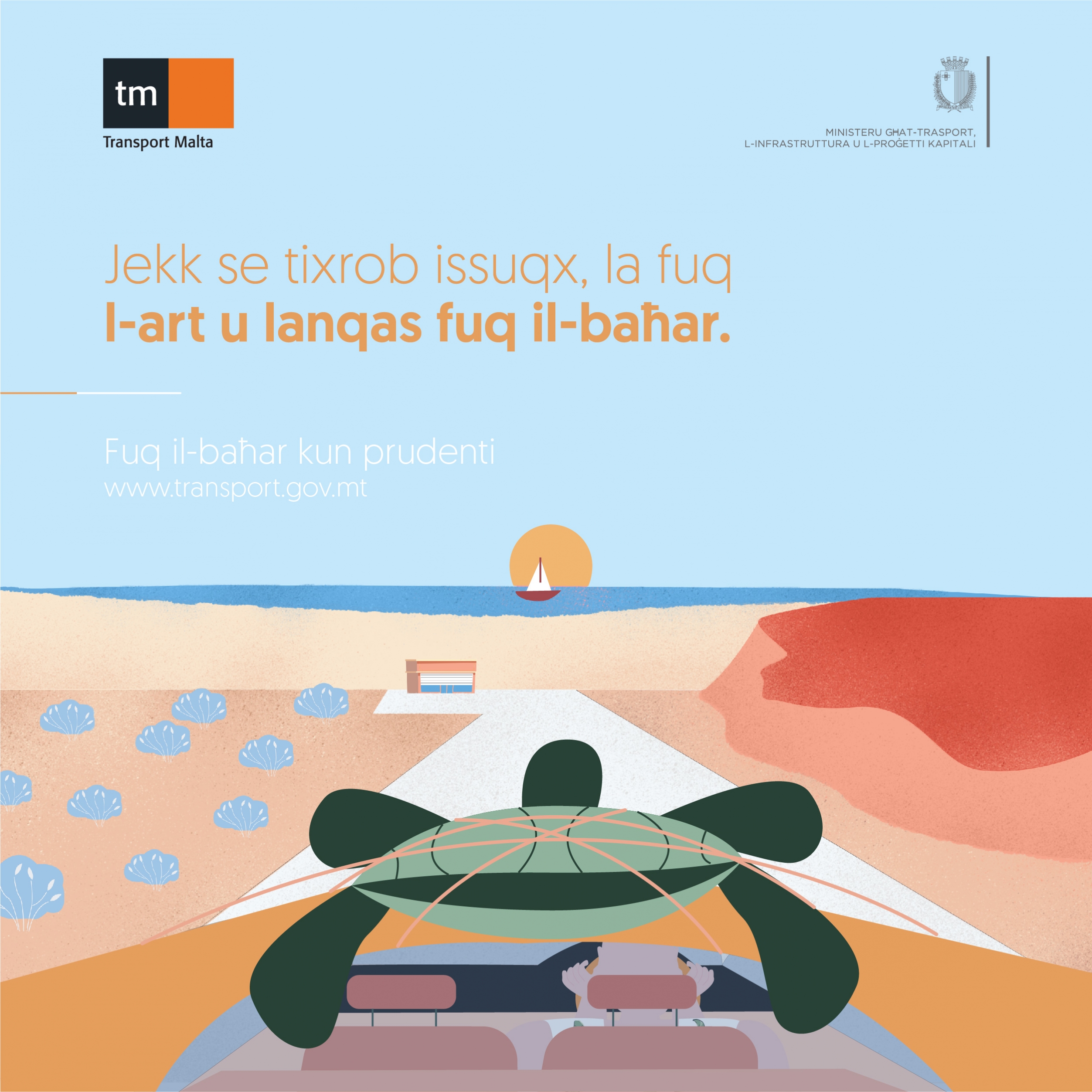 Do not drive and drink. Neither on land nor on sea.

Driving a boat under the influence of alcohol and other substances will greatly reduce the ability of drivers to react in case of an emergency, greatly increasing the chance of an accident.
Driving under the influence is unacceptable, both on land and at sea. 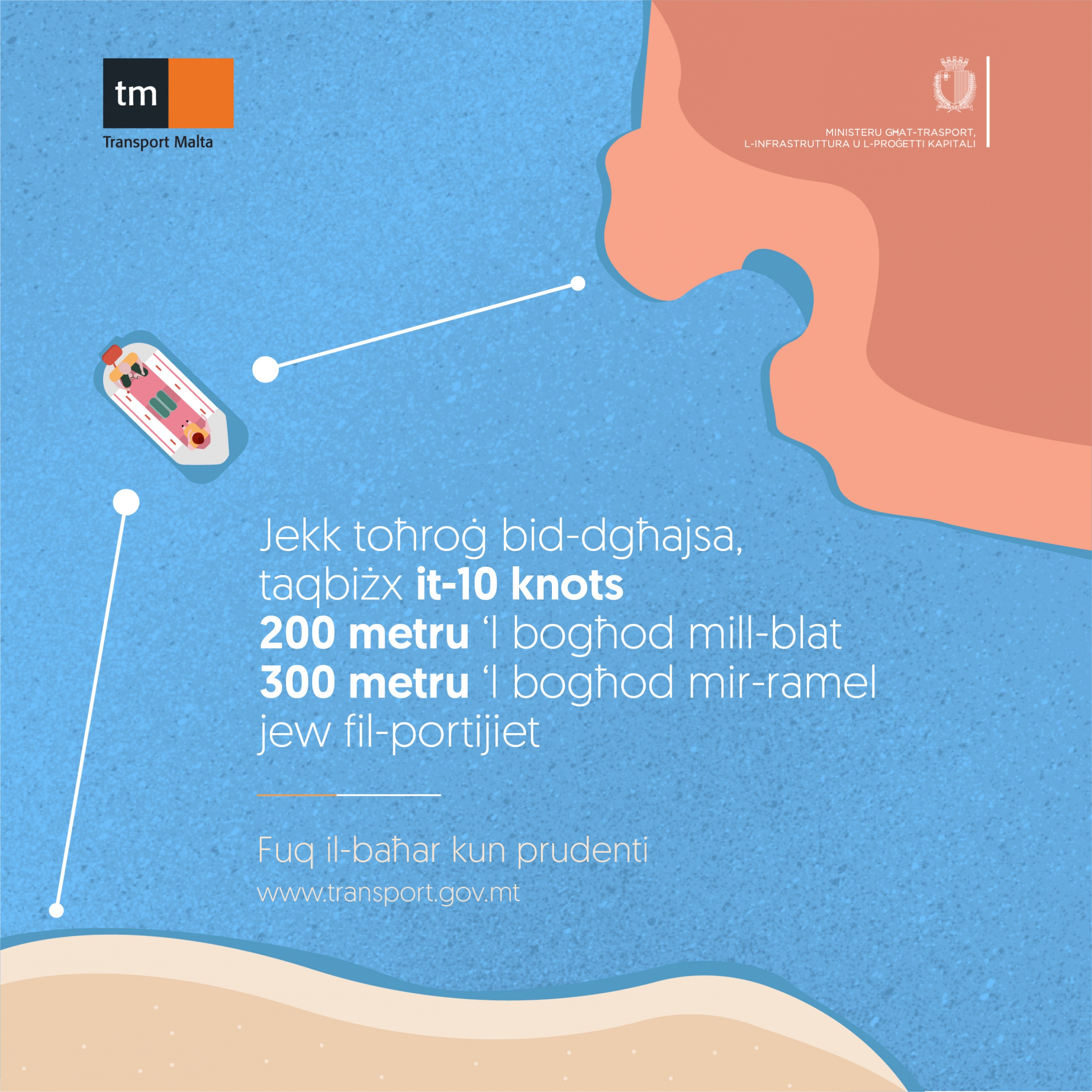 Speed limit regulations apply both on land and at sea.
Abusing the speed limit can lead to serious accidents such as overturning or crashing into other vessels.
Swimmers and divers might be easily rendered invisible by the waves.
Transport Malta encourages boat owners to respect others and stick to the limits.
In harbours, the main limit is of 10 knots, 200 metres away from rocky shores, and 300 metres away from sandy beaches.
In marinas and in proximity of other moorings, the speed limit goes down to 3 knots. 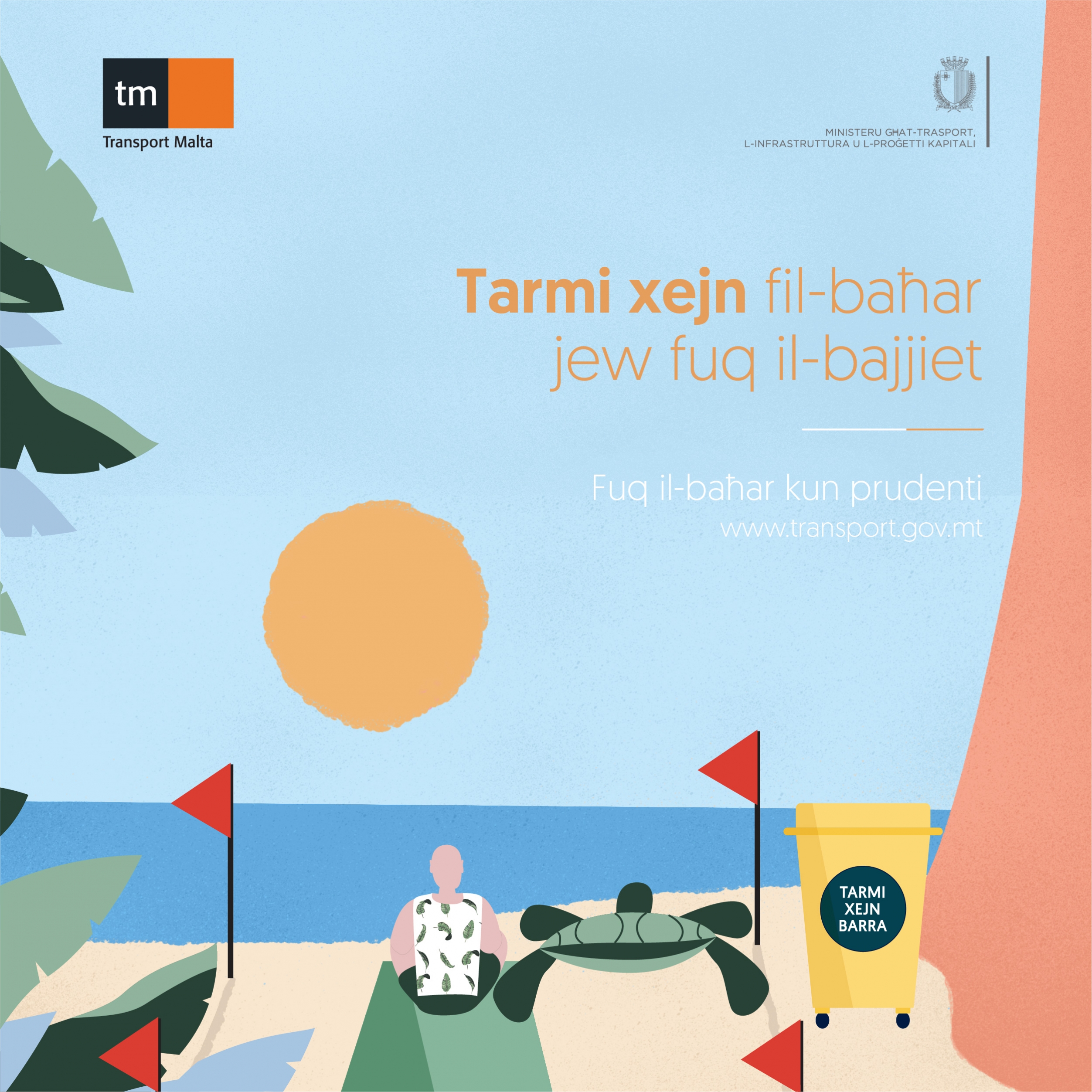 Do not litter the sea or beaches. Always dispose of waste in the provided waste bins.

Marine litter is litter which is disposed of in the marine and coastal environment. Plastic is a material which is very resistant to degradation and persists for a long time in the marine environment, harming ecosystems and wildlife.

Seafarers are encouraged to avoid the use of plastics on the boat and to ensure that they have adequate waste disposal and recycling bins on-board. The use of reusable cutlery, bottles and containers on-board should be promoted to reduce the use of single-use plastics. Portable ashtrays should also be promoted to avoid cigarette butts being thrown in the sea.

Protect the marine environment by discarding your litter properly. 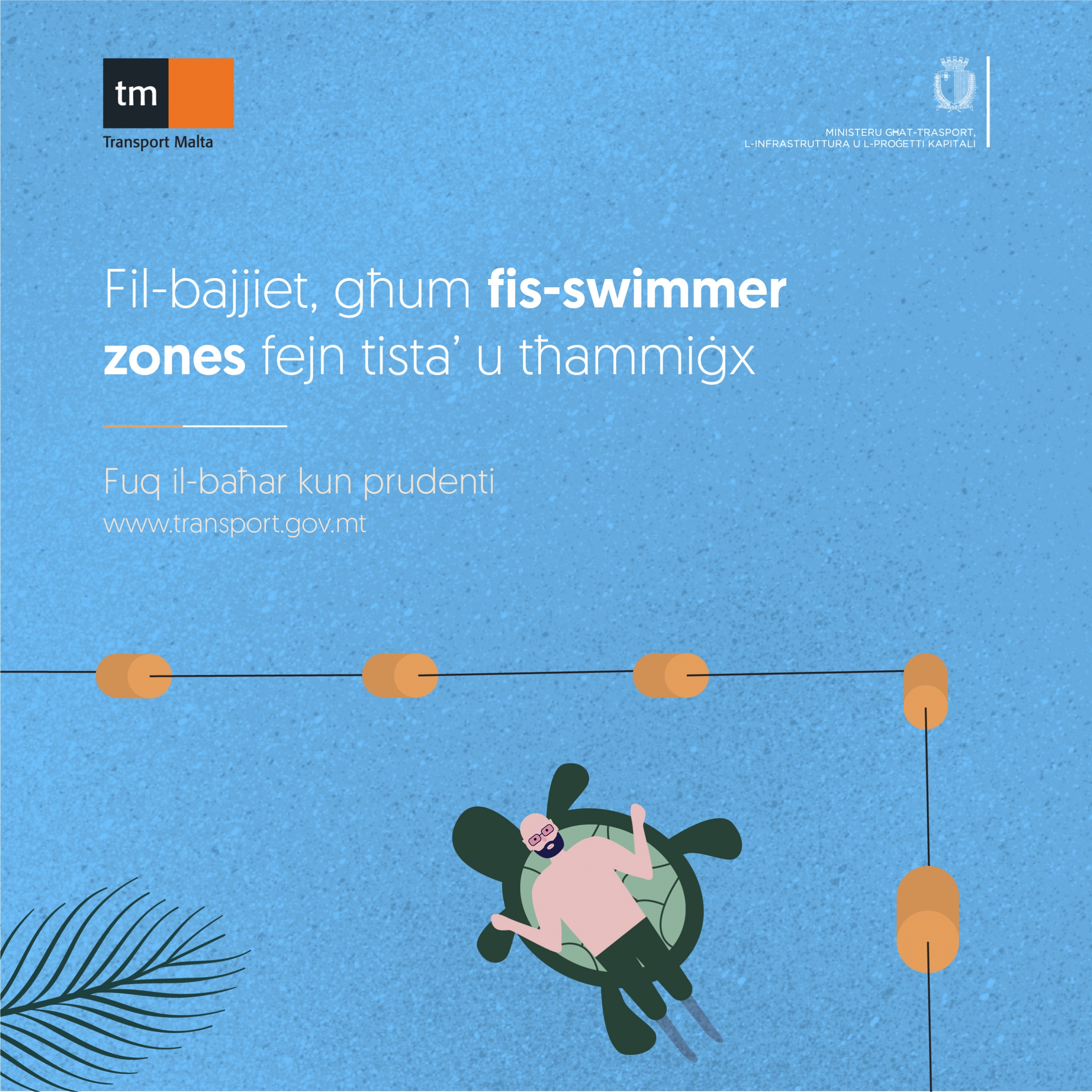 Swimmers are to stay inside the swimmer zones whenever possible. These are established with red and yellow buoys.

The Authority has prepared 56 swimmer zones within the most popular bays around the Maltese Island.
No vessel can enter or moor with these swimmer zones. Thus, swimmers can enjoy these areas safely.